We need to talk! Frame.io helps you communicate with your production colleagues [sponsored] 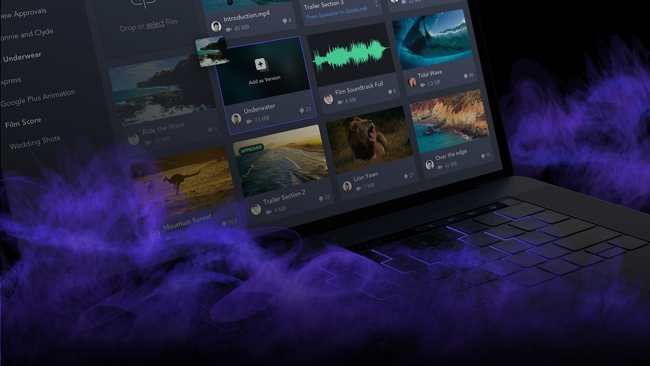 Digital, file-based video, has brought untold benefits. Quality is up, and equipment costs are down. And now the internet means that we have a worldwide distribution network that allows anyone to can watch video almost anywhere. It’s win-win.

Well, it's mostly a win-win. Because there are some video production problems that Digital hasn’t solved, and some that it has created. It’s one thing to have the means to communicate. It’s quite another to do it well.

Producing a video is nowhere near as seamless as it should be, and it’s all down to communication. Everyone involved in a video production - camera operators, post production artists, producers, directors and clients - needs to have an active involvement, giving feedback and advice, approval and criticism. But this doesn’t just happen. There’s a trend towards working separately - often remotely - but existing tools like Dropbox and Email don’t help much. They’re not designed for video. So stakeholders are forced into making vague responses and giving ambiguous feedback. This is not ideal. It creates friction. It’s inefficient. And worst of all: it’s frustrating.

Frame.io is the answer to this. It’s an internet and cloud-based Project Review service. We’ll take a look at what that means in a second, but first, it’s important to say that Frame.io was designed and built by people who work in video production. Every feature is there because it was needed. This is a tool by video professionals, for video professionals.

The best news about Frame.io is that it really understands video. It’s designed around it.

Every feature is video-specific. Video is different from text and still images. It has a time dimension. So when you see a thumbnail, it’s scrubbable - just by moving the mouse over the image. Everything is frame-accurate.

And this really matters with video. Imagine you’re reviewing a clip and there’s an issue in the middle of it. With Frame.io you simply start typing. The video stops at the exact frame, and as soon as you’re done, it starts up again, fixing your comment to the frame (or range of frames).

It’s easy to draw on the video too. This is so useful. Imagine there’s a lens-flare obscuring a caption, or maybe a microphone boom in-shot. You just can’t do this with email or any type of file transfer service. You need to get inside the video and be able to work freely while you’re there.

This ability to mark up the video is perhaps the most visible aspect, but under the hood, there’s a lot more essential stuff going on.

Frame.io just deals with all of this. Without changing or endangering your original footage in any way (your original file is always stored and is downloadable), it carefully compresses your material to a highly portable but still great-looking proxy file that is quick to download or stream. You don’t see any of this process. Frame.io keeps you away from the complexity so that you can spend all your time on creative decisions.

What about security? Frame.io has the same level of security as your online banking. What’s more, you can easily limit who can see and comment on your projects.

To be able to function in today’s frantic media world, you have to be able to meet tight deadlines, be flexible and keep the quality up. Working with other people calls for slick and effective collaboration. That’s where Frame.io comes in. It’s one of those rare products that, once you’ve seen it, you’ll never want to be without it. To find out more about Frame.io click here.