Join Sony for a webinar on making better documentaries [sponsored] 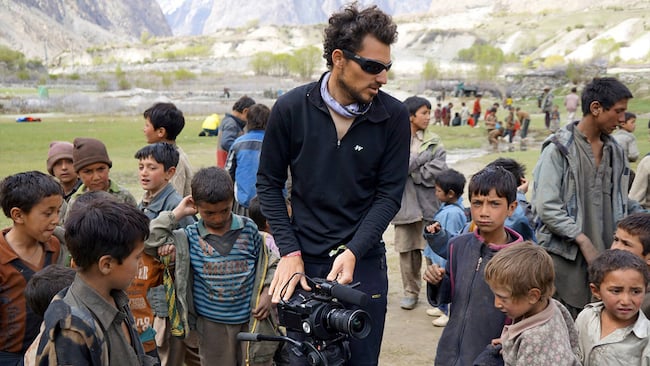 ‘It's your story: A filmmaker’s guide to better documentaries’ aims to explore the theory and practice of producing compelling images when it’s just you, your camera and your subject.

Few genres put skills under the microscope as much as the documentary. On Monday 12th December, 14.00 GMT/15.00 CET, Peter Sykes from Sony will be joined live from Pinewood by BAFTA-nominated and 2011 Rory Peck winner Jezza Neumann and cinematographer / director Shams who will share their personal perspectives on working solo or collaboratively to produce award-winning documentaries, often in challenging conditions.

You can check out some of their work in the videos below, but along the way they will look at the difficulties of planning your shoot, setting up, and the challenges of being a freelance documentary maker in the 21st century.

The discussion will also look at some of the Sony cameras that answer the problems that documentary shooting tends to throw up, before finally looking at the future evolution of filming docs. How have shooting ergonomics changed over the years and what way will they evolve in the future?

It’s sure to be a fascinating session: advances in camera tech are shaping the way that documentary stories can be told and really opening up the future possibilities of the genre. Register for it here and we will see you online at 14.00 GMT/15.00 CET on Monday 12th December.