Europe to get tough on drone fliers? 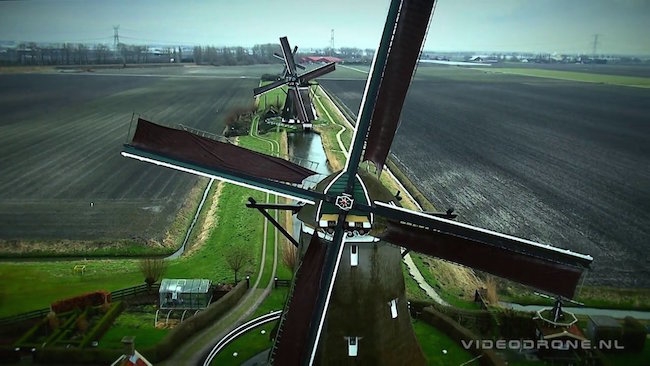 Such images may become fewer and further between...

With the US adopting a far more relaxed viewpoint on UAV legislation, the Dutch government’s newly hardline stance has taken many by surprise. Guest author Willem Kootstra, journalist and documentary film maker, wonders what the implications may be for the rest of Europe.

In order to control the rapid proliferation of drones the Dutch government has taken measures to harmonize existing rules for their commercial and private use, with effect from October 1, 2015. Until that date private users can fly a drone without a permit, but commercial users must apply and wait for 4-5 weeks for a temporary suspension of the blanket ban on flying a drone for profit.

The government of the densely populated Netherlands wants to ramp up safety requirements with stricter regulations, reducing maximum altitude and horizontal range of drones. The new regulations standardise the use of drones of up to 4kg, only concern outdoor safety and do not address privacy concerns. Flying drones indoors will be regulated after further consultation with users.

The drone may not exceed more than 50 meters altitude and get closer than 50 meters to buildings and people. (Distance to cattle is not mentioned, perhaps an oversight for Holland!) The range is restricted to 100 meters from the operator. Drones are banned from a 5 kilometer zone around airports and airfields.

What’s interesting is that despite the governmental concerns for inequalities between the legal requirements for professional and private drone users, an important and costly difference remains: commercial users will be freed from required temporary flying permits, but will instead have to obtain a pilot’s license, a permanent flying permit and a safety warrant for their drone. The pilot license and the permanent flying permit require passing theoretical and practical exams, comparable to those for microlight manned aircraft.

The new requirements place a heavy burden on commercial drone operators, who will have to absorb many paragraphs of aviation law and associated safety rules. That requires a fair time to study and to be tested during a state registered exam procedure. The costs of obtaining the license and the flying permit are rumoured in commercial circles to amount to €6-€7000.

The Dutch government regulations are partly and loosely copied from regulations in other countries, and the responsible minister for Infrastructure and Environment promises a Dutch lobby in Brussels for the introduction of universal EU-wide drone controls.

A newly established Drone Academy will come on stream in the course of 2015 with certified e-learning for amateur drone users. The online course includes 24 lessons with animations and spoken instructions, updates regarding drone developments, basic exercises in drone flight control, the use of GPS and waypoints, rules and regulations, basic safety measures regarding battery charging, prop balancing, transmitter use and more. A passed exam will be rewarded with a digital certificate.

Until the new regulations come into force in the Netherlands, commercial users such as journalists must obtain a temporary lift on the ban of drones. The Dutch journalist union has taken the matter to court, since a journalist was stopped by police from photographing a deserted coastal pier jutting far into the sea, using a drone, whilst an amateur standing next to him was allowed to fly his drone all around and above the same structure taking pictures to his heart’s content.

Meanwhile the Dutch government is still studying the possible effects of the new safety rules on the need for privacy. Even though drones will have to stay away at least 50 meters from buildings, effectively excluding their use in towns and villages, the camera may still be able to zoom in on private activities. Privacy infringements must for the time being be dealt with under the existing Data Protection Act and the Criminal Code.

Finally the Minister for Infrastructure and Environment will face a political battle with her colleagues of Justice and Safety, as she also wants to regulate the uses of drones by law enforcement and security services.