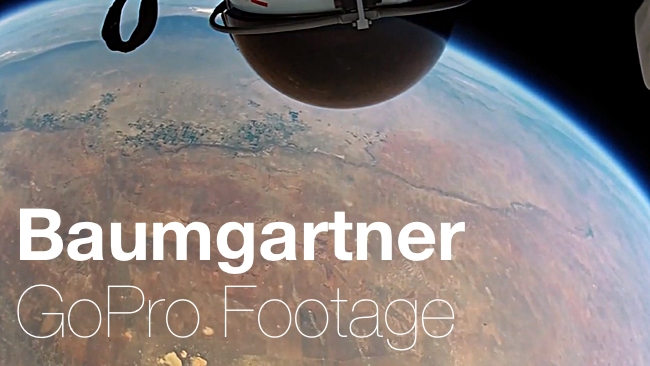 Can it really be that long ago? In October 2012 Felix Baumgartner jumped out of the stratosphere and broke the sound barrier. And now we can see exactly what it was like.

I don't think anyone knows why it too so long for this footage to emerge. At the time, it seemed a bit odd that seemingly no one had taken any POV footage; inconceivable in fact. My theory is that maybe some of the cameras floated off as they were plummeting to Earth and were later found embedded in a rock 180 feet up a sheer cliff face, but I may be outnumbered on that one.

This is more to do with space than photography, except to say that without an ultra-portable HD camera, we would never get shots like this. It's one thing to attach cameras to the outside of a spacecraft when they have a power supply and can be quite bulky, but it's quite another to attach a multitude cameras to a person jumping out of a balloon.

Notice how at first when he jumps, there's virtually no wind, even though he's going through the sound barrier. There's just no appreciable atmosphere up there.

There isn't much more to say about this, except that it's amazing. Oh, and well done to GoPro, for getting the world's most exclusive demo footage!