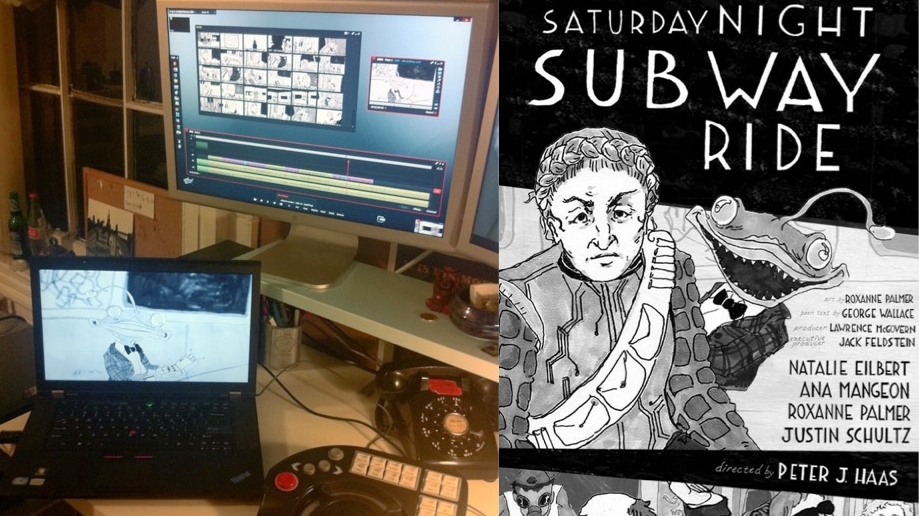 Curated by animator and screenwriter Jack Feldstein, the film series paired New York filmmakers with poets to explore the relationship between poetry and the motion picture.   I had the good fortune to be paired with the George Wallace, a  prolific and talented poet whose imaginative style inspired the surreal science-fiction themes.

The film is a combination of classical animation techniques combined with advanced digital tools.  I chose to work with LightWorks because of the intuitive visual interface, which seemed like a natural fit for the project.  We worked with a stable beta of LightWorks that was out at the time.  Between the proven performance tests and available support, I felt confident in that the beta would get the job done.

After Storyboards were edited together to create a finalized blueprint for the film,   artist Roxanne Palmer (www.roxydrew.com) set to work penciling and inking hundreds of individual elements by hand.  The drawings were then scanned at high resolution into Adobe Photoshop and assembled as digital puppets in After Effects.

After locking the cut, the final animations were rendered and imported into LightWorks.  Using the "Find Material to Fill Edit" function, we watched as our animatics and pre-visualization shots quickly became replaced with the final materials.  It was amazing to watch the entire film suddenly flicker into being!