Why do we have a strange attitude to new stuff like the Amazon Echo Show? 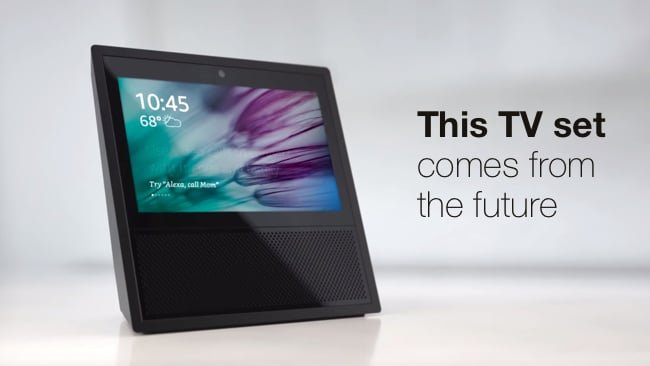 Amazon’s new Echo Show is a personal digital assistant with a video screen. It probably represents the state of the art with cloud-connected voice assistants. Whichever way you look at it, it’s a remarkable achievement

And it talks to you. Maybe not quite in the same way as your wife, brother or son, but it’s getting there.

Probably best of all: it will keep getting better. The smart stuff is on the other side of the cloud. As Alexa is updated, so is your Echo, with new abilities.

To me, this is getting to look very much like something from science fiction. Put it on wheels, give it collision avoidance, and put a face on the screen and you have a domestic robot.

So what was the reaction of the press?

“It’s ugly”, they said. Almost universally. There was hardly a trace of “wow, this thing really shows how far we’ve come!”.

In my view, it’s not ugly. I’m not even sure what it’s supposed to look like, but given that it has to house a screen at a suitable angle for people who are typically standing up, and it contains two pretty hefty speakers, unless were able to wrap it in invisibility cloth, it was always going to look something like this. And I quite like it: it’s an honest, basic design.

My point here is that technology is progressing so rapidly today that we don’t know how to react to it. We’re normalised to progress, and when something comes out that merely confirms that exponential curve it’s, like “meh”.

And it shouldn’t be. Forget about security and privacy issues for a moment. Forget about globalisation worries. Just imagine that ten years ago someone told you that in 2017 you’d have a TV in your living room that you could talk to, ask to show you video content, would be a global radio and would even tell you jokes. All for $230?

I’ve used this example solely because I come across this all the time. A well-known company brought out a camera a few years ago that was astonishingly good. It had an expensive launch and everyone agreed the footage looked amazing. Things have moved on and there are now even better cameras. But that doesn’t explain why some people now describe the original camera as “terrible”. It wasn’t. It was very good for its time and it was the first of its type.

We’re normalised to this rate of change and in a way we’re addicted to it. It costs us money. It makes us think that our gear is obsolete before its time.

But when something comes out that is ahead even of expectations - and this will happen increasingly now - we just wrap it in negativity. I think it’s a defence mechanism. It’s so that we don’t have to cope with another leap forward, another way of doing things, and possible even another threat to our way of life.

We are going to have to get used to this stuff dropping out of the future, and learn how to live on this exponential curve. If we do, then we’ll be the ones in charge. If we don’t, we may well become victims of unexpected consequences. We just won’t see it coming.